4 days from marrakech to merzouga desert

4 Days Desert Tour From Marrakech starts by driving to Kasbah Aitbenhaddou through the highest pass in Africa Tizi N’ Tichka (altitude 2260 m) while enjoying the magnificent views of the huge High Atlas Mountains with the panoramic Berber villages. We continue our journey to visit the UNESCO World Heritage Site of Aït Benhaddou. Situated on a hill along the Ouarzazate River, this beautiful example of southern Moroccan architecture has been used as a backdrop for more than 20 famous films, including Lawrence of Arabia, Game of Thrones, The Mummy, and Gladiator. We pass through Ouarzazat, one of the main Berber cities of southern Morocco known as the Hollywood of Africa and the Valley of the Roses, and spend the night in a hotel in the Dades Gorges.

After breakfast at your hotel, we will leave the Dades Gorges and head to Todra Gorges via Tinghir and the lush Todra Valley where you will have a short hike along the narrow and high Todra cliffs. We then continue to Merzouga through the dramatic stony desert and palm trees of Erfoud (fossil capital) and Rissani, known for its largest market in the south. In the afternoon we arrive in the desert of Merzouga where we get ready and are accompanied by a camel guide for an authentic camel trekking experience of about 90 minutes where you can watch the sunset in the heart of the Erg Chebbi dunes and spend an unforgettable night with millions of shining stars, enjoy a Berber dinner, a drumming party and sleep in a traditional nomad tent.

After getting up early to see the sunrise, you will ride camels back to your hotel for a shower and breakfast. We will then head to Ouarzazate through the spectacular Anti-Atlas mountain range passing through Alnif, which is famous for the Henna orchards, and Agdz, a small village situated on the banks of the Draa river which is considered the longest river in Morocco. Then we cross the Tizi N’Tinifift pass (altitude 1460m) and arrive in Ouarzazat. Overnight in a hotel.

Half of the fourth day is spent exploring Ouarzazat, one of the main Berber cities of southern Morocco known as the Hollywood of Africa. You will start by visiting the Atlas Studios, the city’s main attraction, where famous films such as..: Star Wars, Babel, The road back to… Before the end of our 4 Days Desert Tour From Marrakech a visit to the Kasbah Taourirt or to the ancient city of Ouarzazate, which was the essential residence of the Pacha of Marrakech in the south. After lunch in Ouarzazat, we continue through the High Atlas Mountains to reach the fertile and rich village of Telouet or the hometown of Glaoui where you can discover the salt mines, then return to Marrakech and leave at approximately 07:00 pm. 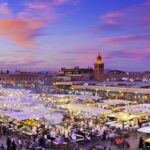 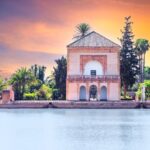 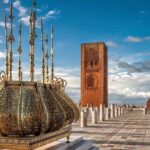 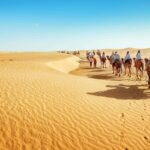 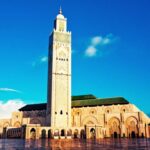 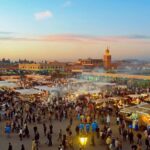 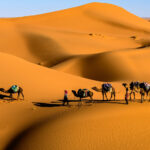